Succession: Lessons Learned on the Other Side…So Far

We are pleased to offer this guest post by Laurie Wolf, President & CEO of Alaska’s Foraker Group, as part of our Mission Driven Leadershift series. 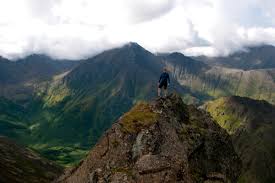 On the one hand, I am excited for the people who are asking about it because I know they are ready for a break and that they have served the nonprofit sector with their dedication and wisdom.

On the other hand, of course, I am concerned that so many seasoned leaders will exit at the same time. We often say that no more than a third of a board should leave at any one time in order to ensure that not too much institutional memory is lost and that forward momentum continues. I wonder how that applies when so many CEOs leave at once. There is, of course, no way to orchestrate this shift for executives.

Thankfully, most of my concerns are alleviated when I hear the plans for the person considering leaving. Indeed, they aren’t really leaving the sector because, of course, that might be as crazy as expecting them to cut off a limb. Each of them, at least in the last round of conversations I have had, intend to continue serving their communities and the causes that matter to them, both as paid staff and as volunteers. Whew!

I find myself in a particularly interesting place to have these conversations. Now eight months into my own transition as CEO, I am keenly aware of how it worked for Foraker and for all of our team. By the way, it worked amazingly well, which anyone who knows Dennis McMillian or our board might have guessed that it would. But even the most perfectly orchestrated transition comes with great lessons. I am not yet in a place to have perfect 20/20 hindsight, but since so many of our organizations are having these discussions I want to share my current top five insights so far on preparing for succession.

Let’s start with the one you can read in any article on succession – the board matters.

I am convinced that we all have to keep saying this because somehow it just isn’t heard enough or at least well understood. The board is ultimately responsible for hiring, firing, mentoring, and evaluating their partner – the CEO. This is the single most important job for the board. I can cite far too many statistics about boards that do not fulfill these roles. That said, to get this part right, it takes forethought from everyone. As the CEO is considering transition, it is critical to consider who will be in board leadership positions both during and after the new leader is hired. Boards without their own succession plan for leadership not only jeopardize their own effectiveness, they jeopardize the success of the new staff leader. The other piece of the board’s role in hiring is to divvy up the duties. Each board does this slightly different and there is not necessarily one right way. I would advise the creation of a search committee with consistent and articulated roles for the whole board. Board buy-in from beginning to end is key to success.

One last thought on the role of the board – it is hiring its partner. That isn’t just a nice thing to say, it is about finding the next person who complements and supplements the skills of the board. This partnership should undeniably be grounded in the core values of the organization – again, not just in theory but in practice. Initial time for the board to ask questions of itself can and does make a significant impact on the overall process. Questions could include: What kind of temperament do we want in a partner? What kind of vision do we need to move us forward? How do we expect the next person will be with us as a board? And don’t forget the two fundamental questions: Who are we (core purpose/core values) and where are we going (short and long-term goals for success)? Boards need to stop and do some of their own work before jumping into a search. The partnership starts with the board.

An approved plan does more than tell you the order of things.

I get a lot of requests to see sample succession plans. I’m happy to share. However, with any sample I caution that while the order of steps might be true from one organization to another, the philosophy behind the decisions is unique. It is the combination of the philosophical as well as practical decisions that add up to a well-crafted plan. In addition to laying out the major action steps and hiring philosophy, a written and approved process that deals with both planned and unplanned succession provides calm in a time of change. Don’t underestimate the need for calm from your funders, staff, partners, and the board itself. Being able to say in the same breath that the leader is leaving and that the board has a plan is a hallmark of stability.

It’s not a job description.

Hiring a CEO is not like any other hire in the organization. While it is generally standard practice to start all job searches with a defined job description, the CEO position often defies this rule because it is not a set of skills and tasks you are hiring for, it is an overall attitude and demeanor that correlates to a set of past experiences that makes someone qualified and the right fit. In my case, what the Foraker board developed before the search was a one-page description of the values and philosophy they wanted to see in a partner. I found this document remarkable in its candor and thoughtfulness, and it provided me an opportunity to do my own introspection before embarking on the process – a win-win on many levels. Once the job is offered, there are plenty of ways to communicate accountability and responsibility – but a job description just isn’t that tool.

What to do with so much change…

…and what we did at Foraker. The transition to a new CEO has an impact on the entire organization. It’s a lot of change, and it’s not just about one person. What I knew coming into this role was that taking over from a founder who remains positively and purposefully connected to Foraker equated to change magnified many times. While my process will not be the same as that for anyone else, preparing for change is part of the planning process and a true measure, I believe, of the stability you can expect to see in the organization.

By way of example, I offer my own efforts to highlight how I focused on the larger changes in the organization rather than let the focus be on one person – me. The first thing I did was talk about the change. I didn’t pretend it wasn’t a big deal, and I put lots of intention into keeping it obvious, calming, and positive. As change happened for me, I offered it to others. For example, since I was moving offices I invited others to move, too. Since I was getting a title change, I invited others to consider what title best reflected their role. Since I was engaging with the board on definitions of success for my role, I offered the same conversations to staff. I also found visual ways to honor my ongoing commitment to our founding values. Along the way, we shifted and grew together and when the change was at its maximum, we all agreed to stop and let the change take hold for at least six months. Everyone deals with change differently but in a planned and unplanned succession there is time to build in opportunities to communicate, celebrate, and plan for the time necessary to adapt to change.

“On-boarding” is a real thing.

While this terminology doesn’t sound very friendly, the idea of bringing someone purposefully “on board” is a critical step in the process. I think of it as intentionally setting the new leader up for success, rather than just hoping they don’t fail. “On-boarding” for me, an internal hire might look a lot different than supporting an outside leader adjusting to a new environment and a new mission. Still, we all have one thing in common – we need dedicated time with specific, identified board members. Time might be our most valuable commodity these days. Time to spend talking about big ideas and relationships and organizational culture and the transition process. Time to have a safe space to share insecurities and questions. Time to explore new ideas. Time to listen and learn. I mention this lesson last, but it is often the first succession topic I talk about with boards and current CEOs because this phase needs to be built into the process from the beginning. The topics can be organic, but the role should be clearly articulated so both the board and the new leader know it’s a specific part of the process. I’m thankful it was part of mine.

I am still learning and there are more lessons every day. What I know so far is that successful succession is about planning, support, and follow-through. What I also know is that these lessons can be applied even when the timing is less than ideal. We can all have a written plan today to help us navigate the thoughtful and unplanned departures of our leaders. I am curious what you think are important parts of a succession plan. Let us know. In the meantime, I look forward to a lot more years of learning from all the executives who are about to embark on this adventure. I wish you well and don’t stay away too long. 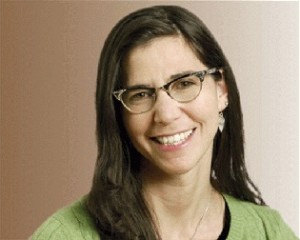 Laurie Wolf has worked in the nonprofit sector for close to 30 years and with Foraker for 14 years. Prior to becoming the President & CEO Laurie was the Vice President & COO and was instrumental in the creation of many of Foraker’s services and philosophy. Laurie is passionate about the power of the nonprofit sector to change lives, improve our environment, secure our economic opportunities, provide essential arts, cultural and educational experiences and truly partner to ensure healthy communities. Laurie holds a BA in English from Scripps College and an Executive Master’s degree in Not-for-Profit Leadership from Seattle University. She is one of a handful of Certified Fund Raising Executives (CFREs) in Alaska. In 2005, Laurie was named one of “Alaska’s Top 40 Under 40” by the Chamber of Commerce, and was named “Outstanding Professional in Philanthropy” in 2006 by the Association of Fundraising Professionals Alaska chapter.

More on This Topic

Browse more posts that are part of our Mission Driven Leadershift initiative.